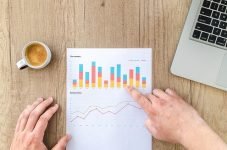 So many investors are talking about when there will be a home foreclosure wave in the United States.  There is some very interesting foreclosure data in our economy right now, the summer of 2020, that I’d like to share. Two stats are especially worth mentioning along with an interpretation of what they mean.

For those thinking there will be a wave of foreclosures hitting next year due to the pandemic and the unemployment that it created, you may want to think a gain.

As of the second quarter of 2020 the average number of days it took for a foreclosure to complete was 841.  Yes you read that correct, 841 days!

That is over two years of time before the home is officially foreclosed on.  Now add to it the complete pause on foreclosures due to the current forbearance programs.   Things could take a while!

Some states will be faster than other as I explained in the Home Foreclosure: Judicial vs. Non-Judicial post, but clearly we are looking at quite some time before a wave of foreclosures are processed.

This next point makes sense given the current forbearance programs and such, but foreclosure filings were already near historic lows before the pandemic set in.  Now they have been pushed to the lowest level on record with just 165,530 foreclosure filings in the first six months of 2020.

Current levels are akin to 2004 when the market started to really boom, just three years before the peak was reached.  That is not to say we will be on the same timeline, but given the statistics above it makes sense based on the foreclosure duration.

The point here is filings likely won’t stay this low forever and an increase in foreclosures will occur at some point.  If it’s in three years from now is anyone’s guess.

Single family home supply is tight right now and it doesn’t look like that will change in the next year or two, thus leaning towards it being a strong market in the near future.

What’s great about real estate markets is they tend to move like ships.  The turns are wide and long, giving us time to read the tea leaves and adjust accordingly.  When we see prices prices beginning to drop and/or days on market consistently increasing, that is when we should take notice and prepare, as opposed to anticipating when the turn will start.

In the end, buy right and you mitigate many of the market factors.  If you need to learn how to buy right I suggest grabbing the foundational education and then let’s build out your game plan on the strategy calls!