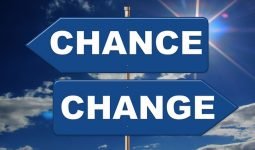 Technically money can be made in any market, lets just be clear on that.  It is the probability of making money that changes with the market.

From 2012-2018 making money flipping houses was like taking candy from a baby.  I mean, there was so much cushion for mistakes that you really had to have an extreme blowup to put you in the red.  The continued appreciation of home prices was the ultimate safety net, negating many an issue and saving the day like a super hero at the end of a movie.

In 2019 deals began to get a little tighter, but the market was solid with plenty of demand and prices still etching higher.

The economy had been cruising top speed on the financial highway and then – boom!  A tire blew out and suddenly it was sitting on the side of the road.

Tens of millions of people have lost jobs.  Within this number are people that suddenly went from being potential home buyers to wondering how they will survive and make rent.  Just like that a large piece driving demand has been yanked from the market.

Also watering down the potential buyer pool is tightened guidelines from the lenders.  Many of who have raised the credit score limits, shutting out hundreds of thousands of people from qualifying for a home loan, people who qualified just two months earlier.

Demand Hit but What About Supply?

That is a lot of lost demand between those two things.  As we know the fundamentals of any market are supply and demand.  If demand drops precipitously and supply holds steady then you have downward pressure on prices as there are less dollars chasing the same goods.

The economic pause obviously isn’t just one sided to demand.  The supply side will see some impact as well with people who were going to sell their homes deciding to stay put.

However, homeowners that are selling their home are generally buying another, because – well you need a place to live.  So this has more impact on volume than on supply in my humble opinion.

If supply is going to drop it will be from home builders doing less new builds.  It can also have a small impact from flippers taking unlivable homes and renovating them back to occupancy status.

Does this math add up?

The thing is.  Even if home builders ease up and less flips are being down.  Does that really offset the millions of potential home buyers lost in recent months?

I’ll argue that it does not.  Thus, leading us to a softening market and dare I say a buyer’s market sometime in the near future!  A buyer’s market is not a flipper’s friend.

Money Can Still Be Made, but Your Odds Have Changed

Here is a dirty little secret I learned several years ago after my time as a full-time proprietary trader at a day trading firm.

The large majority of people day trading have not made money in the past 10 years.   The office I was a part of, it was a bunch of people either break even or losing money outside of the 2% that were crushing it and making a good living.

However, five years earlier tons of people were crushing it in trading.   So what happened?

The Market Changed so the Strategy Doesn’t Have Same Impact

The bottom line is day traders thrive on price volatility to make money.  They need decent price movement to grab quick profits.  Over the past 10 years leading up to the COVID-19 market crash volatility grinded lower and lower as the market slowly grinded ever higher.

It was a day trader’s worse nightmare and the industry saw more and more trader’s go out of business.  The business of day trading equities is a fraction of what it was 10 years ago.

Swing trading (holding positions for three days to three weeks) gained momentum as many were able to find profits with this strategy instead.  It was a shift due to the changing of market dynamics.

With the likelihood that demand weakens dramatically over the next twelve months, odds are home prices will suffer.  There is also the chance that homes will be on the market longer, which adds to holding costs and means you may not get asking price either.

That unwavering belief that you can renovate a home all nicey nice and know that it will go like hot cakes once you list it is most likely gone.

The probabilities lean this way.

Are there other real estate investing strategies that are more successful during a recessionary time, assuming that’s where the economy is headed?  It can be argued that buy and hold rentals or the buy, rehab, rent, refinance, repeat (brrrr) strategy could fare better during such time.

In the end people need someone to live.  However, they don’t need to own a home, they can rent instead.

But What If You Are a Flipper?

Then keep doing what you do.  Like I said at the beginning of this post.  Money can be made in any market.  You just need to understand what type of market you are in and the probabilities of certain outcomes.

Slapping lipstick on a home and making a quick $30K profit may not work out like it has in the past.

Selling a home may take more time and dare I say prices could even be falling while you are renovating.

I personally don’t expect to see an environment of falling prices until late this year or 2021 because real estate has always been a lagging market.  Assuming we see falling prices at all.

Honestly, a good piece of it is impacted by what the stock market does.  If it fully recovers that will help ease the impact of all the job losses on the real estate market.

Know your numbers and add in a buffer

It has never been more important to know your numbers and know your timeline.  There isn’t room for careless mistakes right now.  Just like the day trading example – a few guys in the room will be making money while the others will no longer have the benefit of easy money to cover up their miscues.

For those of you interested in a strategy shift to rental property investing be sure to analyze deals with the property calculator.