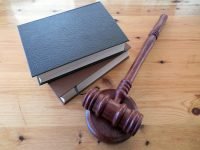 Home foreclosure isn’t something I wish on anyone, but unfortunately it does and likely always will exist.  There is a lot of talk among real estate investors about a wave of foreclosures hitting the market in the next year due to the economic shutdown and people getting in over their heads with forbearance programs.

However, not all foreclosures and their timelines are the same and it has a lot to do with what state the property is in.

Throughout the country there are federal laws and state laws.  States laws obviously vary and the procedures used are often particular to that locale.

When it comes to home foreclosures there are really two main themes:

In judicial states the lender will bring a lawsuit in court and a judge will review the evidence submitted by both sides. A hearing to decide whether the homeowner is in default on the loan is usually held.

Lenders do not go to court to start the process, but will pursue a foreclosure with the assistance of a foreclosure trustee. This is a neutral third party that may be listed in the deed attached to the home.  The process of a non-judicial foreclosure can vary from state to state compared to the judicial process, which is more uniform.

The lender can give the homeowner time to catch up on the missed payments, before proceeding with a foreclosure. In a situation like that a notice of default will be sent.

However, in some states a lender might just send a notice of default together with a notice of sale.  They also have the option of just sending a notice of sale.  A lender may only need to publish notice in the newspaper and post it on the property as opposed to waiting on a court approved judgement.

As you can see there is quite a difference between what needs to be done for judicial and non-judicial states to foreclose on a home.

It is this difference that drastically skews the timeline between the two.  In non-judicial states like Texas or Georgia, a home can go through foreclosure and the lender can be in possession of it in the matter of a few months, if not less.

With judicial states the process can take up to a year, with many dragging through the court systems for several years.  This happens all the time, especially when there is a wave of loan defaults.

For instance, Florida is a judicial state that was hit hard with foreclosure claim after the 2008 bubble.  The courts were so backed that people were in homes for several years before the final judgement was given the stamp of approval from the judge.

In fact, and this is one for the record books, my accountant had a client that just finally lost three properties last year that were in foreclosure proceedings since 2011, mind blowing!

This is why I don’t believe we will see a huge spike in foreclosed homes any time soon.  The fall of 2021 you may see an increase from non-judicial states and then summer of 2022 the judicial states could start seeing a rise, and that may even be presumptuous.

Pending foreclosures can represent a good opportunity for investors though, as you can explore ways to acquire the property and keep the owner from being foreclosed on and ruining their credit.

Either way, be sure the numbers work!  Use the property calculator.