How to Mitigate a Real Estate Market Down Turn 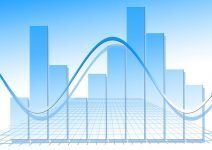 Let’s face it, this real estate market cycle is getting a little long in the tooth.  It doesn’t necessarily mean the market is going to crash, but the odds of us being in the late innings of a growth cycle are ever increasing.

How to Mitigate a Potential Market Down Turn

There are a few things I’d like to point out that may make sense to do in our current market so you don’t get caught with your pants down when the tide goes out to sea.

There are times to be aggressive and lever up and times to play it a little more conservative.  Taking on new high interest short-term loans that you plan to refinance out after a rehab does leave you exposed if the tides turn.

This doesn’t mean you should not do deals because of it – just be aware of the risk position you are putting yourself in and maybe pare down your leverage, and thus your carrying costs a bit.

For instance, if you are flipping and borrowing 70 percent of after repair value (ARV), you are technically borrowing much more than the property is worth in present condition.   A delayed rehab or large unexpected cost during (which happens more than you’d think) coupled with a shift in the market and suddenly you are trying to get out without a loss.

A deal that is just good enough, means it doesn’t have a good spread.  It’s the bare minimum, which means you have little to no wiggle room.  A shift in the market means a loss is likely a foregone conclusion.

From Classy to Ashy

When things get tight people downsize and spend less.  High end is always the most exposed and can be a leading indicator for the market as it’s usually the one that slows first.

Depending on the financial level you play on, it is likely you are borrowing a ton of money for the high end deal.  Remember what I said about watching your leverage earlier, need I say more?

As real estate investors we are still looking to do deals and acquire new properties, whether flips or rentals.  Let’s just pay mind to our risk in the current market.

Maybe not max out that leverage, be sure that your deals have enough meat on the bone for a profit or to cash flow and beware the high end stuff in a market that is in the late innings.