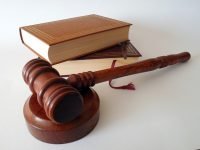 Homeowner associations for condo communities are pretty much standard across the nation.  However, each state generally has it’s own laws that govern them.

As part of those laws are limits on how much HOAs can charge on items, such as transfer fees.

In this particular case we are discussing the state of Florida and how a successful lawsuit has now put all condo HOAs on notice in that state.

Unfortunately, the limits placed on condo transfer fees are often ignored.  A transfer fee is essentially a anytime sale, lease or transfer of a condo unit takes place.

HOAs are limited to a $100 charge per person (or per married couple) for this transaction.  However, many communities charge more than this and since the charge is usually just a hundred or two more most people pay it as they just want to move into their new place.

It’s likely why it has flown under the radar so long.  If an HOA is charging $200 rather than $100 how many people are really going to file a compliant?

It all started with a lawsuit initiated by Joshua and Allison Kobasky, claiming that The Plaza 851 Brickell Condominium Association charged them $350 to move in ($150 for screening, $200 as a move in/move out fee).

The case became a class action lawsuit when other tenants in the same complex joined in. The class period for the settlement ran from Jan. 5, 2014, to June 3, 2019.

With the successful lawsuit the HOA was order to pay $95,000 to cover the legal expenses of the tenants and refund the overcharge of $250 to those affected in the suit.

Given the success of this suit it is not out of the question that law firms will seek other opportunities to represent tenants that have been overcharged.   It is not a question of if they are out there, but more so how many there are.

As real estate investors this is positive news as it helps keep fees in check that potential tenants must pay to move in.  Anyone who owns a property in an HOA knows that the tenant needs to apply through the HOA and pay the fees that are associated with that.  Higher fees are a turnoff to potential tenants.

Speaking of tenants, make sure you continue to use the property calculator to ensure the rent you can bring in will be sufficient to cash flow positive!