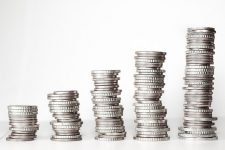 One of the most common topics I hear discussed in real estate groups and meetups is the need to raise private money.  Many think it is nearly impossible or say they don’t know where to find it.

This is just not the truth though.  Finding it just takes a little work, time and relationship building and getting it is just a matter of at what price.  It is like anything else; time vs. money.   Want to sell a house faster, list it a little lower.  Want to raise capital faster, offer a rate a little higher.  In the end, it is all a math equation on what numbers the deal will work at and if that is a good enough offering to entice private money.

For some reason people don’t believe this until they have experienced, but it’s pretty spot on.   Now, that doesn’t mean you just find a deal and magically money shows up.  Word still needs to get out!  When it’s a good deal though, anyone with money looking to invest will be interested in it.

You have to remember, just like us investors on the real estate side – private money lenders are looking for good opportunities as well.  If their money is sitting idle it does them no good.  However, they also have the same fears of getting into a deal that may end up sucking or costing them money.  Essentially, the same fears you have with your real estate deal they have with lending their money on that deal!

Whether it is a personal private money lender or even a hard money lender, if the deal isn’t good the money ain’t coming.

If you don’t know what a good deal looks like, step one is learning how to analyze the numbers.  Use a calculator or work with a mentor to get coached up on it.

2.) You need to network yourself and the deal

I began to allude to this in the first point.   Whether you have a deal or not you should be at meetups, real estate investor associations and online forums networking to find private lenders.

This is done for many reasons, one of which is so you know who to contact once you find that great deal.  More importantly, if you have a deal it needs to be broadcasted to find that private money.   Remember, it isn’t just “known” private money lenders that may provide the capital.  There are many people looking to invest that have full-time jobs and no time, but they have capital.  They very well may consider becoming your private money lender rather than trying to find a property to buy.

How do I know this?  Because I have physically seen it happen at one of my local meetups.  It was the start of the gentleman becoming a private lender, which he has continued to do for 4 years now.  It wasn’t even something he was looking to do when he came to the meetups originally.

3.) There is Plenty of Money

There is so much money chasing a decent return right now that it is ridiculous.  Interest rates on bonds and other fixed instruments are basically zero.  So unless all the money is going to be in the stock market there is capital out there chasing a fixed return backed by an asset.

Real estate is the number one option that fits those two criteria.

The point here is whatever your belief is about not being raising private capital – you need to shed it and reframe that.  The money is out there.  Networking, getting the word out and finding a good deal.  Those are the ingredients.  As usual, real estate is the least complicated investment out there.